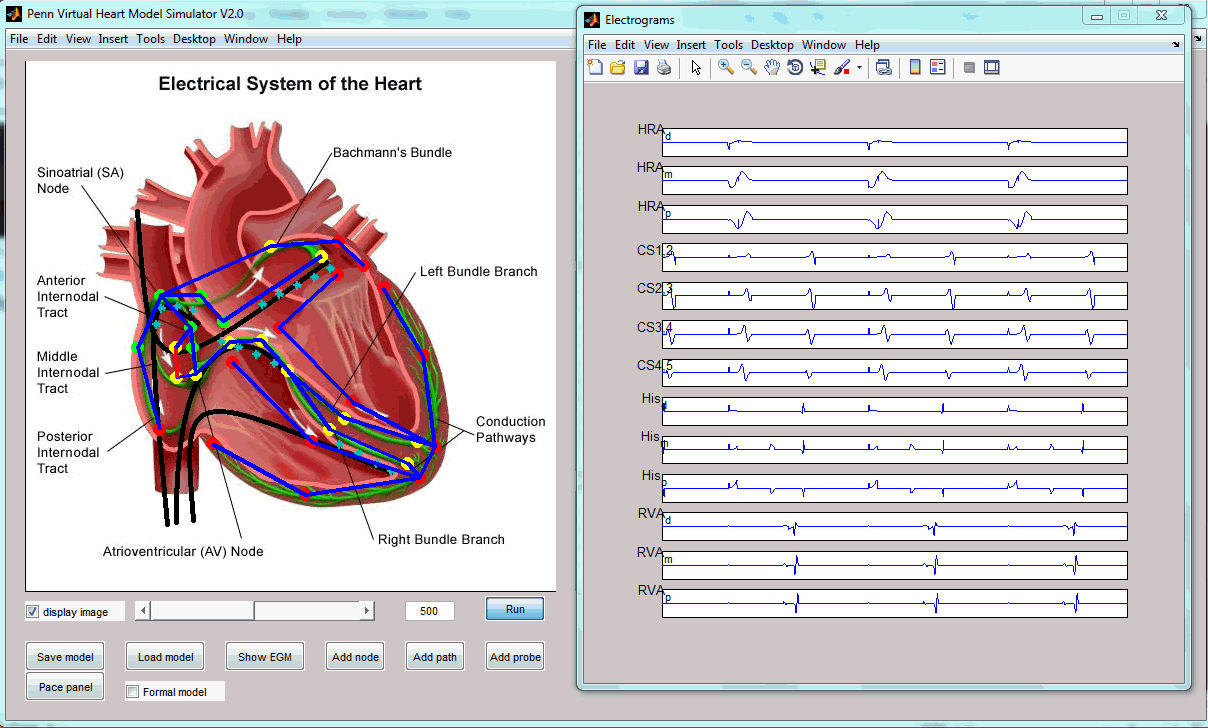 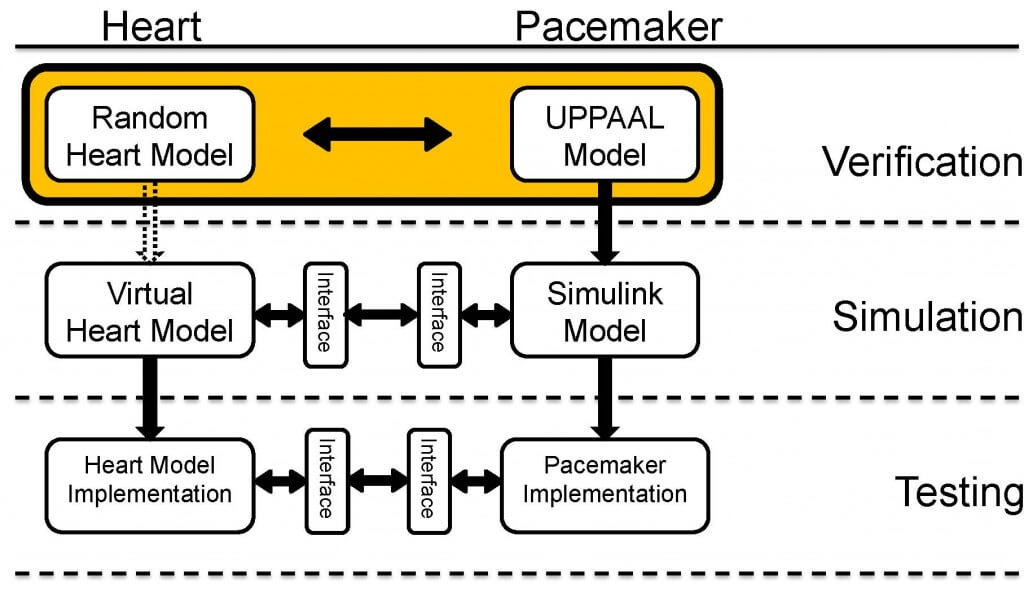 The design of bug-free and safe medical device software is challenging, especially in complex implantable devices that control and actuate organs in unanticipated contexts. Safety recalls of pacemakers and implantable cardioverter defibrillators between 1990 and 2000 affected over 600,000 devices. Of these, 200,000 or 41%, were due to firmware issues and their effect continues to increase in frequency. There is currently no formal methodology or open experimental platform to test and verify the correct operation of medical device software within the closed-loop context of the patient. To this effect, a real-time Virtual Heart Model (VHM) has been developed to model the electrophysiological operation of the functioning and malfunctioning (i.e., during arrhythmia) heart. By extracting the timing properties of the heart and pacemaker device, we present a methodology to construct a timed-automata model for functional and formal testing and verification of the closed-loop system. The VHM’s capability of generating clinically-relevant response has been validated for a variety of common arrhythmias. Based on a set of requirements, we describe a closed-loop testing environment that allows for interactive and physiologically relevant model-based test generation for basic pacemaker device operations such as maintaining the heart rate, atrial-ventricle synchrony and complex conditions such as pacemaker-mediated tachycardia. This system is a step toward a testing and verification approach for medical cyber-physical systems with the patient-in-the-loop.

Reentry circuit is the primary source for Cardiac Arrhythmia. The VHM v2.0 Atrial Flutter Simulation video shows the capability of our Virtual Heart Model to model this complex structure, and its response to physician’s inputs during Electrophysiology Study. More information can be found in the case study section.