The eCTF Competition took place during the entire Spring Semester and was hosted by the MITRE Corporation.  Nine students from Embedded Systems (EMBS) and 2 from CIS participated in this competition which featured 14 other universities.  What makes this attack-and-defend competition different from other CTF competitions was that the team actually built a real secure ATM system with chip-and-PIN on an embedded platform.  Halfway through the semester, the team traded ATM systems with the other teams and then the fun began.  Points were earned for both defending our system and attacking other systems.  After the dust settled, Penn's team finished in third place, behind Virginia Tech and Tufts, but ahead of MIT.  Penn's students also earned the "Golden Flag" award for executing the highest valued attack, which was executed against the MIT team and resulted in a complete data breach of their database.  This was quite an accomplishment given that it was Penn's first year competing.  We look forward to next year's competition, where we hope to build on what we learned this year!

Congratulations to the following students: 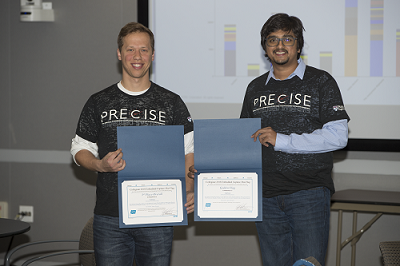 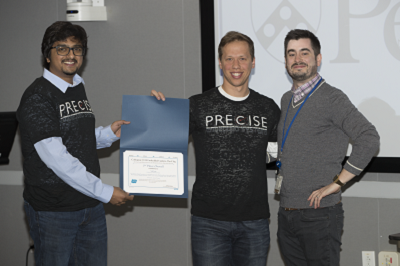 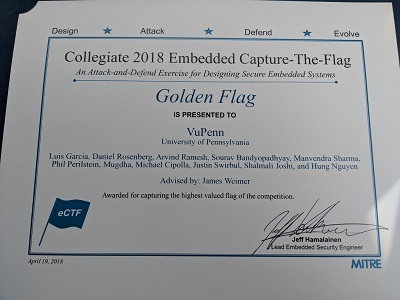 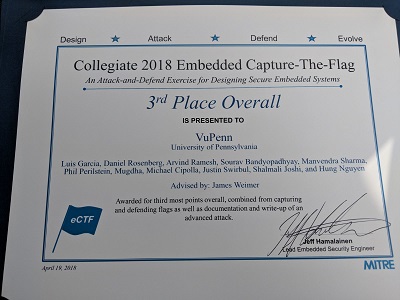